This one is a gauntlet laid to enter a competition to write a short story using the word  "Lost " as your inspiration. Here it is - I've never written this genre of story before so I'd like to know how I've done.

William stalked the dark streets, his eyes meeting the face of each stranger he passed, hoping above all to find the one he longed to see. She claimed to have left for the bathroom over an hour ago and her lack of return causing his current panicked state.

"Selia!" He cried to the heavens in his search. The remotest locations were thoroughly checked. Strangely not one passer by offered assistance in his search. "Selia! Please! Where are you?" Transparent desperation shadowed him.

Continuing down the streets he called her name to no avail. "Selia!" Why had she left? Where was she? What had he done? Williams head swarmed with questions he feared would never be answered. "Why?!" Falling to his knee he.covered his face with his hands and whispered. "I love you."

Something tapped his shoulder. Was it her? "Selia?" He turned to see a man wearing black and florescent yellow uniform. "Sorry officer. I'll get up."
"No need." The policeman replied awkwardly. "Who were you looking for sir?"
"A woman. My..." He struggled to finish the sentence. Girlfriend? Muse? Soul mate? "She was wearing a red silk dress. We were having dinner together."
"At The Nest restaurant?"
"Yes. Why?" Hope lit up Williams eyes.

The policeman took from his pocket a passport and read it aloud. "Miss Selia Braithwaite?"
"Yes!" William cried with relief. "Where is she?"
"I'm sorry to inform you  that she was found in the ladies bathroom stabbed to death. The culprit was discovered in the act by another customer."

William froze. He'd lost her. He had searched his life for her. His one true love was lost after such a short time.Shedding the Nile in tears, he slowly found his feet.

"Would you like to come with me sir? We'll need you to identify the body and..."
"No." William interrupted. "I'd rather be alone."
"If I could just take some details from you." William wordlessly  gave the policeman his drivers license which the officer hurriedly jotted the details of before returning to him. "Thanks. We'll be in touch."
"Fine." William sobbed as he turned and wandered down the road.

He reached a bridge where he halted. "I will be with you Selia." He whispered, climbing onto the bridge wall. "If not in this life then in the next. I won't lose you again." He jumped off the edge. plummeting into the depths below.
Copyright Andy McDonald - Fiction is an Addiction andymac89 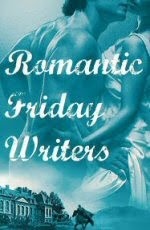 andymac89
22/York/UK I feel older than I am most of the time. Writing is my release from a mundane, rather uneventful life. I would love to write for a living but for now blogging is my muse.